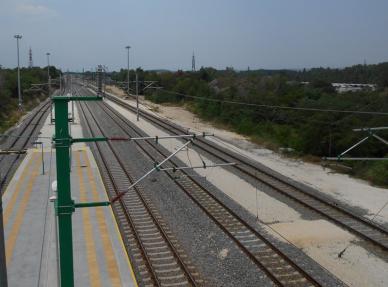 This is a I (first) category construction according to Art. 137, para. 1, item 1, letters "a" and "b" of the Spatial Planning Act (SPA), and Art. 2, para. 1, item 3 of Regulation № 1 on the nomenclature of the type of constructions, 2003. Location: National Railway network of the Republic of Bulgaria - Septemvri - Plovdiv - Pazardzhik - Stamboliyski railway section, Pazardzhik District, on the territory of Pazardzhik Municipality, and Plovdiv District, on the territory of Stamboliyski  Municipality. Completed under Building Permit № RS- 67/20.11.2013, issued by the Ministry of Regional Development and Public Works (MoRDPW)